We would like to invite you to the Golden City of Prague in November to take part in theInternational Choir Festival of Popular and Jazz Music – Prague Voices. You can compete with ensembles from other countries, meet people who are on the same wavelength and start new friendships, see Prague historical monuments as well as modern architecture, visit jazz clubs and concerts of classical music – all this in musical Prague in the autumn. We hope to capture your interest and we are looking forward to meeting you and we will be happy to answer any of your questions.

The festival is organized by Music Travel Agency Prague in co-operation The Czech Choirs Association experienced organizers of international musical and cultural festival, events and travel.

Regulation of the competition

A: Popular and jazz music

1: Girls choirs, boys choirs and mixed choirs between the age of 8 and 26

The ensembles that won the A and B categories and received the Golden Diploma, or other “golden” ensembles, will compete for the Grand Prix at the final concert of prizewinners. For their potential participation in the Grand Prix competition, all ensembles will propose three compositions.

Ensembles will prepare five compositions taking up to cca 15 minutes of actual time.
Two compositions must be a cappella, the remaining three with instrumental accompaniment of up to three acoustic instruments.
Note: It is not permitted to use microphones during the competition.

Accomodations in twin or three-bedded rooms in 4*hotels and 3*hotels.
Usual solution in 2*hotels is that two twin-bedded rooms or twin and triple rooms share private facilities.

The price does not include:
– transportation (please note that organizers would be happy to arrange transportation to/from festival functions as per your requirements.) 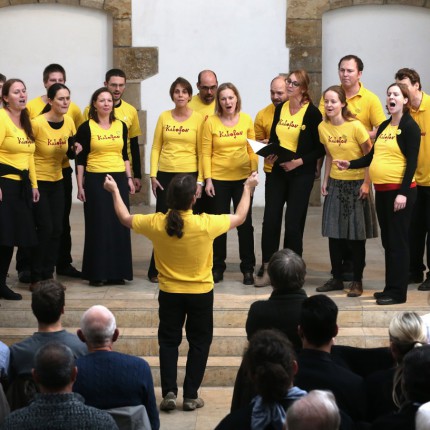